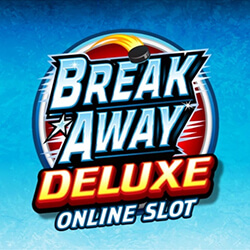 The pokie is set across 5 reels and 88 paylines, and is played on a large game area. Some of the features players can look forward to included Growing Wilds, Smashing Wilds, free spins, and the multiplier trail that can reach 8x. The highest reward for the game is 3100x the total stake, which can happen fairly often due to how the multiplier bonus rewards are set up.

Rolling reels are included in the game, and forming wins will result in some of the symbols being removed and replaced with new ones, potentially allowing new combinations to be completed. The logo of the pokie serves as the substitute, which can land on the last three reels. The wild can appear on reel 2 if the player is in the free spins mode. This wild is also super stacked, and it increases in size for every spin that goes through.

The smashing wild can also be triggered, although this is completely random. They land on the middle three reels, and they guarantee a win for that round. The puck icon is able to automatically trigger 12 free spins that come with multipliers from the rolling reels, which can reach a maximum value of 8x.