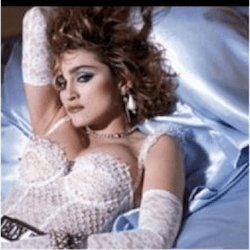 The world of music and pokies has met a few times over the years with games licensed by monumental acts like Kiss, Guns ‘n Roses, Jimi Hendrix and more. The world of pop music however has rarely been involved in online casino games.

In this instance, Aristocrat Technologies may be about to set a precedent with the reveal of their new themed pokie. The famed company announced that they would be releasing a pokie based on Madonna.

As one of the biggest pop or rock stars in recent years, getting a license for a Madonna themed pokie is a massive win or the company that has been facing legal challenges recently. A former gambling addict has recently embroiled Aristocrat and Crown Resorts and Casinos in a complex legal battle over the perceived addictive qualities of the pokies developed by Aristocrat and used by Crown.

The deal reached by Aristocrat with Madonna’s management will allow the developer to create multiple games inspired by the pop icon. By brand name alone, the first release should be a success for the company. Their already in place distribution networks with both land based and online casinos will also immediately give them a great advantage in marketing this new pokie to as many people as possible.

The developers are planning to reveal the pokie at the 2017 Global Gaming Expo to be held in October in the most appropriate of settings, Las Vegas. Madonna has not previously licensed her name to any gaming products so the fact that Aristocrat has landed this deal is truly groundbreaking achievement. This pokie should be a success on the strength of that alone.

That said, we do not expect that Aristocrat rested on their laurels with this one as the developer has time and time again released quality pokies that offer fun, value and rewards.

Managing Director for Aristocrat America stated that the company is always aggressively pursuing the most iconic brands to inspire their pokie releases which in turn deliver to their clients and stakeholders. They feel there is probably no bigger name in pop performing currently than Madonna.

Chief Product Officer, Rich Schneider added that they have been working months to do the artist justice with their pokie. He also revealed that there would be video footage, licensed music and exciting gameplay awaiting pokie fans with this release. Aristocrat will be exhibiting their Madonna pokie at booth #1141 at the Global Gaming Expo.