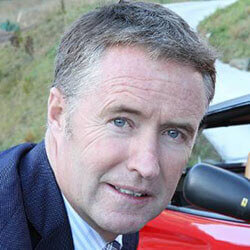 Chief executive for Christchurch Casino, Brett Anderson, has recently announced a proposition for change concerning the staff that work at the establishment. The proposed changes have been opened for consultation, says Anderson. Anderson says that the changes are being put forth due to the failure to recuperate the number of visitors after the devastation 2011 earthquakes. “I’m not prepared to talk about the job numbers. There are no targets,” he has stated. “It’s been a tough environment for people.”

An unknown source has revealed that up to 20 jobs may be under consideration. The casino currently employs 490 people in total, but Anderson has yet to confirm or deny whether the source is correct.

According to Skyline’s annual report has shown that the Christchurch Casino holds the monopoly in gambling in the area, and contributes 33 per cent of the revenue for total gross revenue made during the year. “Whilst visitation levels at Christchurch Casino have improved, this has been offset by a lower average spend exacerbated through less participation by the high-end visitor.” Post-earthquake inner city infrastructure and visitor accommodation has taken longer than expected to come on stream.”

Despite all the problems, the casino currently has a new hotel projected in the works on land that is adjacent to their location. They are also seeking an operator for the new project, and in the meantime the land is being used as a car park. They are also the first casino in New Zealand to be facing renewal, which is set for 2019.