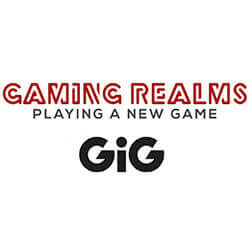 GiG, also known as the Gaming Innovation Group, and one of the most prominent leaders in the iGaming industry recently announced their intention to create a partnership with Gaming Realm. The announcement comes with news that GiG has now adopted both social and money games provided by Gaming Realm on to its worldwide platform.

Some of the titles that are involved in the partnership include: the well-known Slingo series, such as Slingo Originals, Slingo Fortunes, Slingo Rainbow Riches, and many more. The acquisition of these various titles comes in the form of non-exclusive rights to host these games for GiG, after a three year-long share deal that the company had with Gaming Realm. Thanks to the new partnership, players are now able to play these titles on a much wider set of online platforms, including through the various GiG white label operator clients.

GiG itself was first founded in 2012, and it didn’t take long for the company to become one of the industry leaders in the online gaming scene, and the successes it has seen in recent years allowed the company to list itself on the Oslo stock market.

Gaming Realm, on the other hand, has been operating across the world, including in countries such as the United States, The United Kingdom, and Canada. This new partnership should see a greater range of games to a much wider audience throughout the globe, allowing both companies to deliver more content to their already faithful fans.