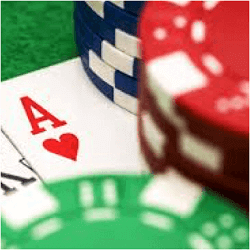 The Brazilian government has once again delayed a vote on a legalized gambling bill for the country. This would mark the third time that the bill has come up and not been voted on. It has been reported that the bill did come up during a lawmaker’s session but due to time constraints the meeting was adjourned before any votes were cast.

There is a another planned meeting that would normally be scheduled for the 20th but from the statements of senators it seems that that meeting is not going to happen, meaning a vote on the online gambling bill will be delayed until 2018.

The law titled PLS 186/2014 shows just how long this piece of legislation has been floating in Limbo. There seems to be no drive or appetite to enact this piece of legislation, the reasons for which are unclear. Many have blamed government corruption with some speculating that the government officials involved with gaming are making too much money off illegal gambling operations.

With the recent string of corruption allegations in the Brazilian government along with the fall of the oil price hitting the country’s finances, there are many possible reasons why this bill remains in limbo. A strong regulated gaming industry could bring in millions for the government every year if well managed but in this government it seems the officials are not interested in the well being of their citizens and gamblers.

The Details Of The Bill

The bill is supposed to cover online gambling, land based casinos, bingo and also sports betting. A local popular game called Jogo do Bicho would also fall under the bill. Naturally it would cover long term regulation of the industry by the government or a government entity.

It is highly doubtful the impact that this bill would have even if it is voted into law. It could be years once the bill is approved before any of the laws are actually enacted. It is a shame as Brazil has the potential to be a great example for the gambling industry in South America.