Bet-At-Home Thriving Due To Marketing Drive 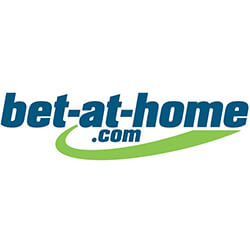 Online operator Bet-At-Home has stated that their higher marketing spending budget during the football World Cup helped them bring in new customers, as well as drive their EBITDA to a record high by the end of the third quarter.

EBITDA in the last three months leading up to the end of September amounted of $14.8 million, which was higher than the last two quarters combined. The Frankfurt-based operator has explained that the growth is due to their increased marketing expenditure during the FIFA World Cup, which ran for a month between June 14th and July 15th.

Marketing expenses for the third quarter totalled at $15.4 million, which helped grow their registered customer count from 4.8 million in Q3 of 2017 to just under five million by the end of the latest quarter. Gaming revenue and gross betting revenue for the operator came in at $42.89 million.

In a statement, Bet-At-Home said that from their current perspective, and assuming that regulation and tax law remain unchanged, they expected that gaming and gross betting revenue would increase to $171 million by the end of the 2018 fiscal year. They also expect that their EBITDA will reach a level between $41 million and $45 million in 2018.

The results mark a large boost for the operator, who reported in July a double-digit recline in revenue for the first six months of the year. They believe the decline was due to their blacklisting in Poland.