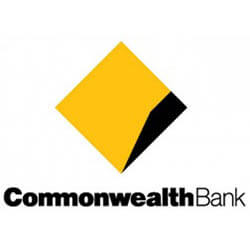 An Australian bank has been slapped with an AU$150,000 penalty for having increased the credit limit of a man who had informed them that he was a problem gambler. Australia’s Federal Court ordered the Commonwealth Bank of Australia (CBA) to pay up because of the bank’s failure to comply with the country’s National Consumer Credit Protection Act of 2009. The plaintiff in the case was the Australian Securities and Investments Commission (ASIC), the national regulator for corporate financial services.

The federal court during a testimony delivered by David Harris heard how in October 2016 he had telephonically informed the bank of his gambling problem, and that he did not wish to have his credit limit upped until he had his gambling under control. The bank however blatantly ignored his instructions by sending him a letter of invitation to up his credit limit from AU$27,100 (US$19,460) to AU$32,100 (US$23,050), followed by a further offer to increase only a month after that – this time round to AU$35,000 (US$25,204).

According to the ruling handed down by Federal Court Justice Bernard Michael Murphy, the bank violated the provisions of The National Consumer Credit Act.

Harris, after eventually succumbing to the temptation of the bank’s offer by taking up the increases offered to him, went on to burn through every penny available to him in credit card debt, before proceeding to default on the monthly minimum payment of AU$699 (US$502).

Since the ruling, Australian financial institutions are no longer permitted to extend and/or offer unsolicited credit to consumers. What’s more, credit limit increases – on application from consumers – will in future only be permitted in the event that those consumers are likely able to repay the sum-total of the outstanding balance within a matter of three years.